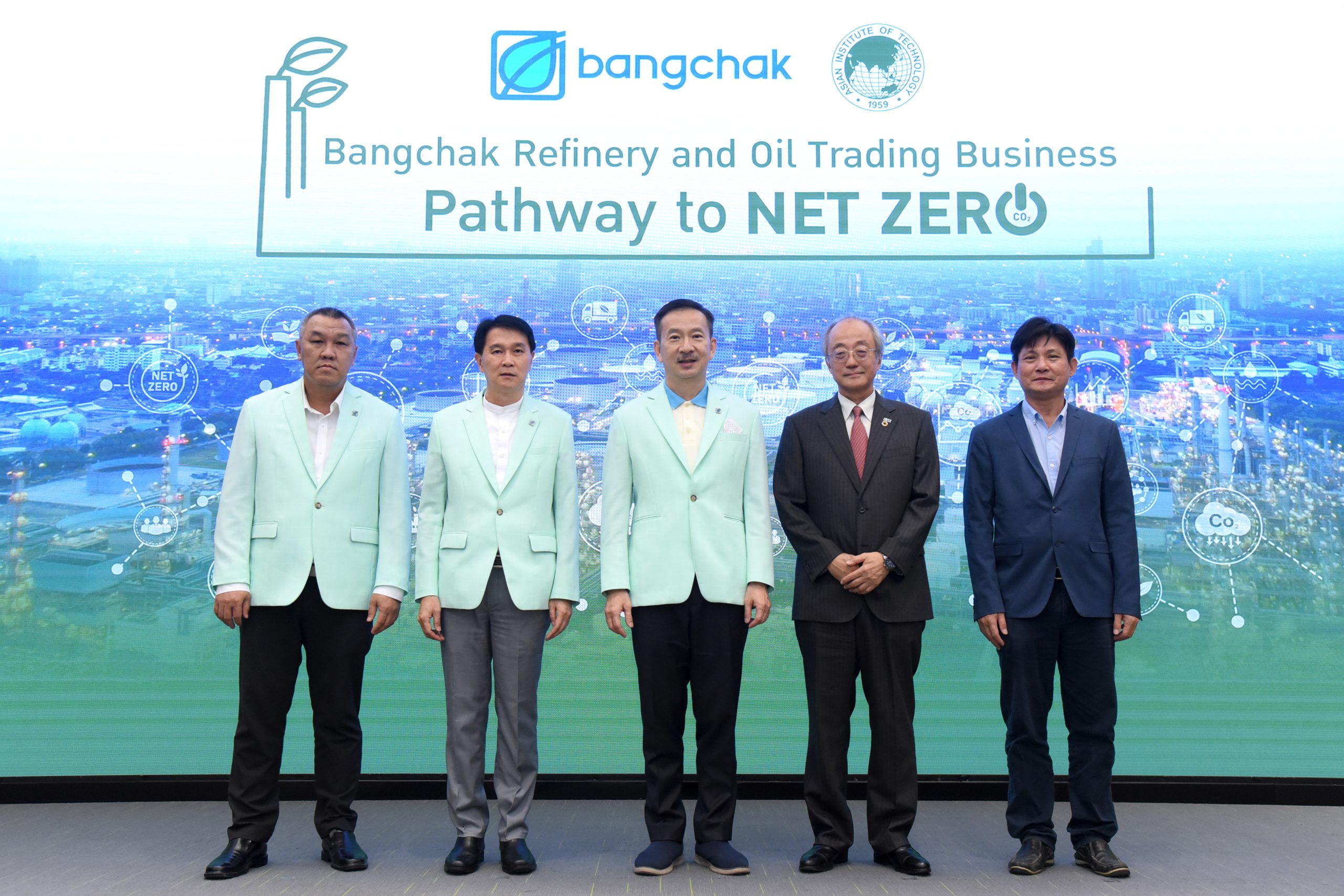 The purpose of this MoA is the collaboration between AIT and BCP in which AIT will conduct its research activities on (i) the Bangchak Refinery and Oil Trading Business Pathway to Net Zero, (ii) the Assessment of Available Carbon Capture and Utilization Technologies to Support Bangchak Refinery and Oil Trading Business Net Zero Roadmap, and (iii) Open AI Trucking projects; and BCP will support the budget for such research activities.

Mr. Chaiwat Kovavisarat, Chief Executive Officer of Bangchak Group and President of Bangchak Corporation Public Company Limited, congratulated the Memorandum of Agreement (MOA) signing ceremony to study the Roadmap Development Project toward the Net Zero emission target. The first major goal is Carbon Neutrality by 2030 and contributing to mitigating the impacts of climate change and the increasingly severe global warming as a global agenda.

Mr. Chokchai underscored, “This MoA signing is an important step for Bangchak Refinery to achieve Net Zero greenhouse gas emissions. In addition, this collaboration responds to how we can tackle climate change and to Bangchak’s emphasis on Sustainability in terms of business, society, and the environment, aiming to achieve carbon neutrality by 2030 and net zero greenhouse gas emissions by 2050. This collaboration between Bangchak and AIT is particularly relevant at this particular time as Sustainable Development has become an important principle for sustaining economic development and environmental conservation.”

President Yamamoto mentioned that the Bangchak group would serve as a strong example for a movement by an organization in Thailand toward attaining the international target. He said, “This MoA to formalize the relation between our two organizations is the greatest example of mutual partnership that began a long time ago and has proceeded smoothly and fruitfully.” AIT researchers and Bangchak will work to reach Thailand and Global policy to reduce Greenhouse gas emissions. “This MoA features significant research projects and education exchange on current and emerging trends for Neutrality and New Zero Emission. Using Bangchak Refinery as a case study, it will benefit not only Bangchak Refinery but also the students of AIT to view a real raw variety example of this refinery issue of this century.” AIT very much looks forward to continuing this work with Bangchak and takes great pleasure and pride in contributing to this big movement in Thailand,” he added.