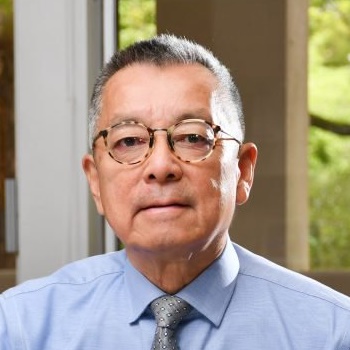 Dr Eden Woon assumed the position of President of Asian Institute of Technology (AIT) on September 1, 2018. He also serves as Special Advisor to the Shaw Foundation in Hong Kong. The Shaw Foundation has funded education projects in Greater China and elsewhere for over 30 years, and is the sponsor of the world-renowned prestigious Shaw Prize in Mathematical Sciences, Life Science and Medicine, and Astronomy. He was most recently the Vice Chairman of Alba Group Asia. Alba Group, based in Berlin, is one of the world’s leading environmental engineering and services companies.

Starting from 2010 until November 2017, Dr Woon was the Vice-President for Institutional Advancement of the globally highly-ranked—within the top 50 in both the QS and Times Higher Education World University Rankings—Hong Kong University of Science and Technology (HKUST), being responsible for international relations, China affairs, development, alumni, and public relations.

From 2006 to 2010, Dr Woon was based in Shanghai and was the Managing Director of Li & Fung Group’s China Corporate Office and Managing Director of Toys ”R” Us China. Dr Woon has also been a Vice-President of Starbucks Coffee Company in China. In 1997-2006, Dr Woon was the CEO of the Hong Kong General Chamber of Commerce, the oldest and largest business organization in Hong Kong.

In the United States, he was the Executive Director of the Seattle-based Washington State China Relations Council from 1994 to 1997. Dr Woon served in the US Air Force until 1993 when he retired as a Colonel. He once acted as China policy advisor to the US Secretary of Defense. Before that, Dr. Woon taught Mathematics at the US Air Force Academy for six years, becoming an Associate Professor. His initial assignment in the US Air Force was as a computer analyst in the Air Force Systems Command.

Dr Woon received his BA degree from the University of Iowa and his MA, MS, and PhD degrees, all in Mathematics, from the University of Washington in Seattle. He is also a graduate of the Armed Forces Staff College in Norfolk, VA, and the National War College in Washington, DC. He is a Justice of Peace of Hong Kong and a member of the Council on Foreign Relations in New York.

“I am honored to be selected as the ninth President of the Asian Institute of Technology (AIT).  AIT has had an illustrious history, dating back to 1959 when it was established to provide education and training to future engineers and academics, and leaders of Asia.  Situated just outside Bangkok, AIT is an international private graduate-studies-only English-speaking university focusing on engineering, environment, and management.  To date, there are over 23,000 alumni residing and working in over 100 countries and territories and economies across the globe, with many in key business and academic and government leadership positions.  Our alumni’s success and their wide spread presence give testament to the quality international education they have received at AIT.

Today, as we approach our 60th Anniversary, we have over 1800 students from 45 countries on our beautiful suburban campus, and they are pursuing a stimulating education while having a vibrant international student life.  Our research on issues relevant to this region and our connections to governments and NGOs are our core strengths.  As I mentioned in my Vision Talk after I took office in September 2018, leveraging on these core strengths, AIT is moving smartly forward in the new era, by embracing innovation, by being international, by working with enterprises, by nurturing entrepreneurship, by caring for stakeholders, and by broadening support–or I2E2S2  for short.

For those of you looking to further your graduate education in the fields we offer, welcome to this website and I hope you will join the AIT family!”