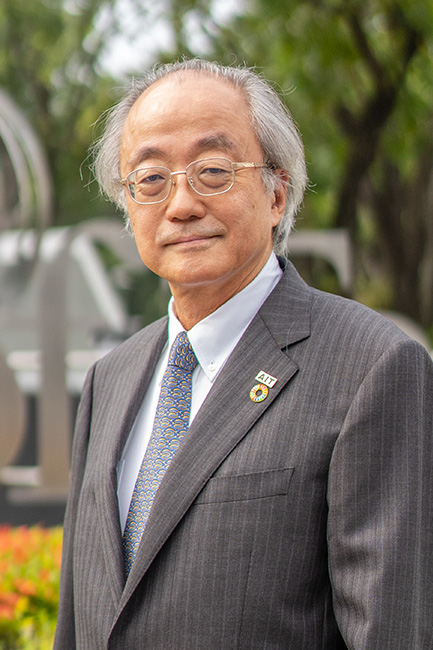 Professor Yamamoto has served AIT in various capacities starting as a former Japanese seconded faculty, and also as the AIT Vice President for Resource Development and Vice President for Administration on a joint appointment with the University of Tokyo and is very familiar with the Institute. He is an Emeritus Professor at the University of Tokyo, Professor for Research and Development Initiative at Chuo University, Visiting Professor at Kindai University, and is currently serving as the President of the Zosui (Water Reuse) Promotion Center in Japan and Audit & Supervisory Board Member of IDEA Consultants Inc. Professor Yamamoto was awarded the prestigious Lee Kuan Yew Water Prize 2020 for his pioneering work in developing the submerged membrane bioreactor (MBR). He has authored and co-authored 20 books and more than 130 scientific publications and was conferred 12 awards from international institutions including the European Desalination Society, the Japan Society on Water Environment, and the International Water Association, primarily for his notable invention of the world’s first operationally viable submerged membrane bioreactor (MBR).