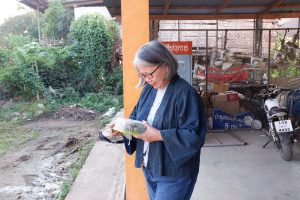 Tracking Air Pollution with the Internet of Things

Prof. Kanchana Kanchanasut with the sensor in Mae Sot.

On the outer-wall of the Internet Education and Research Laboratory (intERLab) at the Asian Institute of Technology (AIT) in Pathum Thani, Thailand, an inverted pink-colored lunchbox attracts observers’ attention. Mounted on the wall is a box with a wire coming out. But a closer look reveals that this is no ordinary lunchbox but one with a full menu of sensors.

This array of sensors can measure PM1, PM2, PM10, temperature, humidity, carbon dioxide, and carbon monoxide, among others. Small, compact, and functional, this is one component in the vast array of the Internet-of-Things (IoT) devices that promise to revolutionize the measurement of atmospheric pollution.

“We implemented the project along with the University of the Sorbonne in France,” reveals Prof. Kanchana Kanchanasut. The objective was to deploy these sensors to assess pollutants emitted due to crop burning in parts of Thailand. The sensors had to be small, portable, affordable, durable, and yet fully functional. Called the Canarin project, it uses low-cost IoT sensor technology for timely collection of data and management of the PM2.5 crisis. 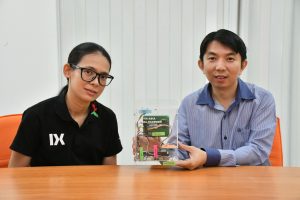 This led to the start of the process of creating sensors that could be easily installed in various places, not only in Thailand but also in neighboring countries. A team of researchers and experts led by Dr. Mongkol Ekpanyapong of AIT’s School of Engineering and Technology designed the first prototype. “This plastic box has a fully functional computer inside,” Prof. Kanchana informs us.

It was tested and calibrated against readings from traditional sensors before final rollout. Ten of these sensors were installed in Mae Sot in Thailand’s western Tak Province, primarily because the area was in the news for paddy stubble burning. Five each were sent to Malaysia and the Philippines, while three were deployed in Indonesia, says Ms Nisarat Tansakul, an AIT researcher associated with the project.

With on-board GPS and being equipped with wifi and Bluetooth implies that data transfer is a breeze. In addition to AIT, the University of Bologna, Italy uses another portable sensor called Canarin-II and designed for carbon-neutral smart cities.

The advantage of these sensors is that real-time data can be made easily accessible to anyone with internet connectivity. Even when there is a power failure, the battery-mode allows it to record data, which synchronizes when power and the internet connection are restored. “Real-time data is good not just for monitoring, but it can also be used for modeling and predictions,” Prof Kanchana adds. Installing sensors also helped researchers understand the plume movement as well as the formation of particulate matter and then analyze their disappearance. So far, existing equipment has focused at obtaining measurements; but with big data, we can now enter the realm of predictions.

Another advantage of the sensors is that they can be tailor-made to suit requirements. Costing $100 each and weighing less than half-a-kilo, they are not only affordable but also convenient. On the other hand, purists often discount them, comparing them with traditional and more accurate equipment that is expensive but more precise.

Success with the deployment of these sensors has meant that intERLab is now expanding into another project. The first project was titled “Low-cost Real-time Monitoring of Haze Air Quality Disasters in Rural Communities in Thailand and Southeast Asia,” and the team is now embarking on a new project dealing with real-time haze monitoring and forest fire detection.

Perhaps the future lies in a combination of traditional measurement devices coupled with portability and ease of use for sensors that will enable us to manage the pollution crisis better. Thanks to IoT, this may be only the beginning. 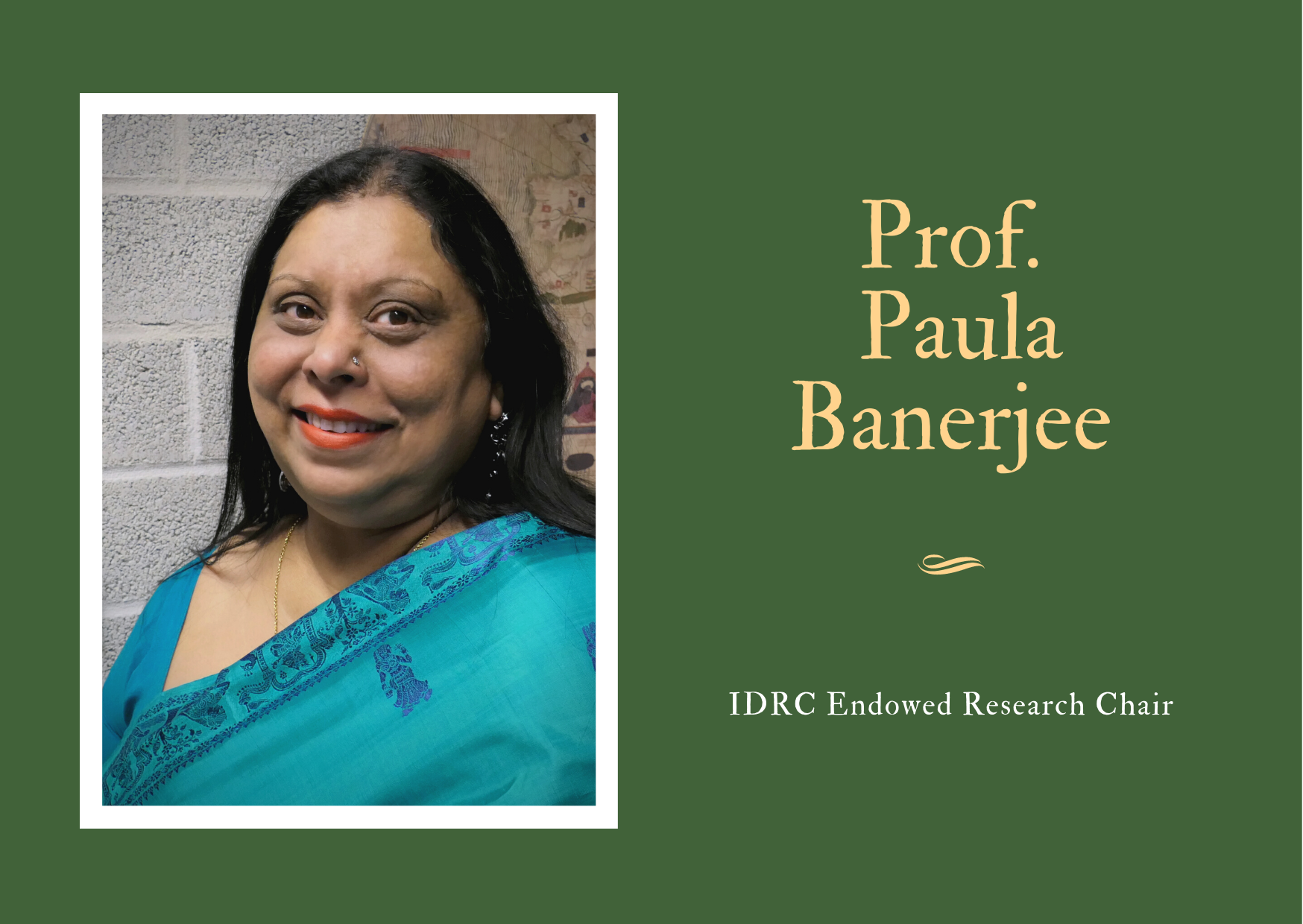 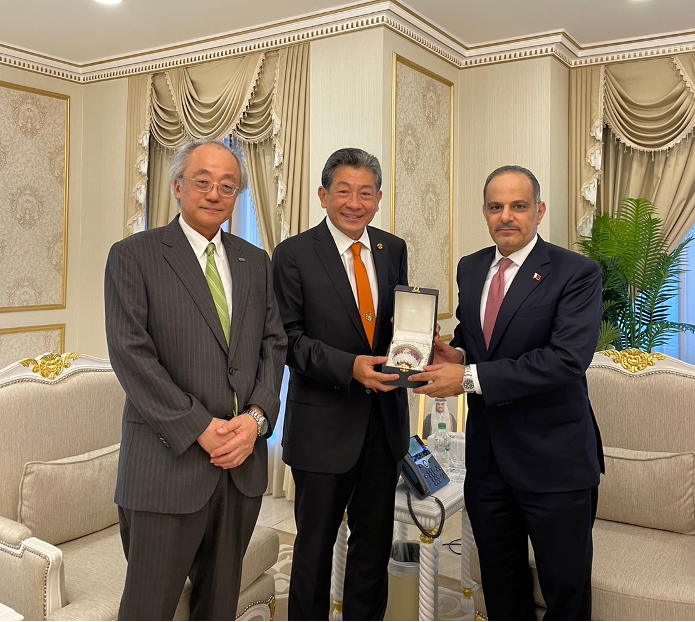 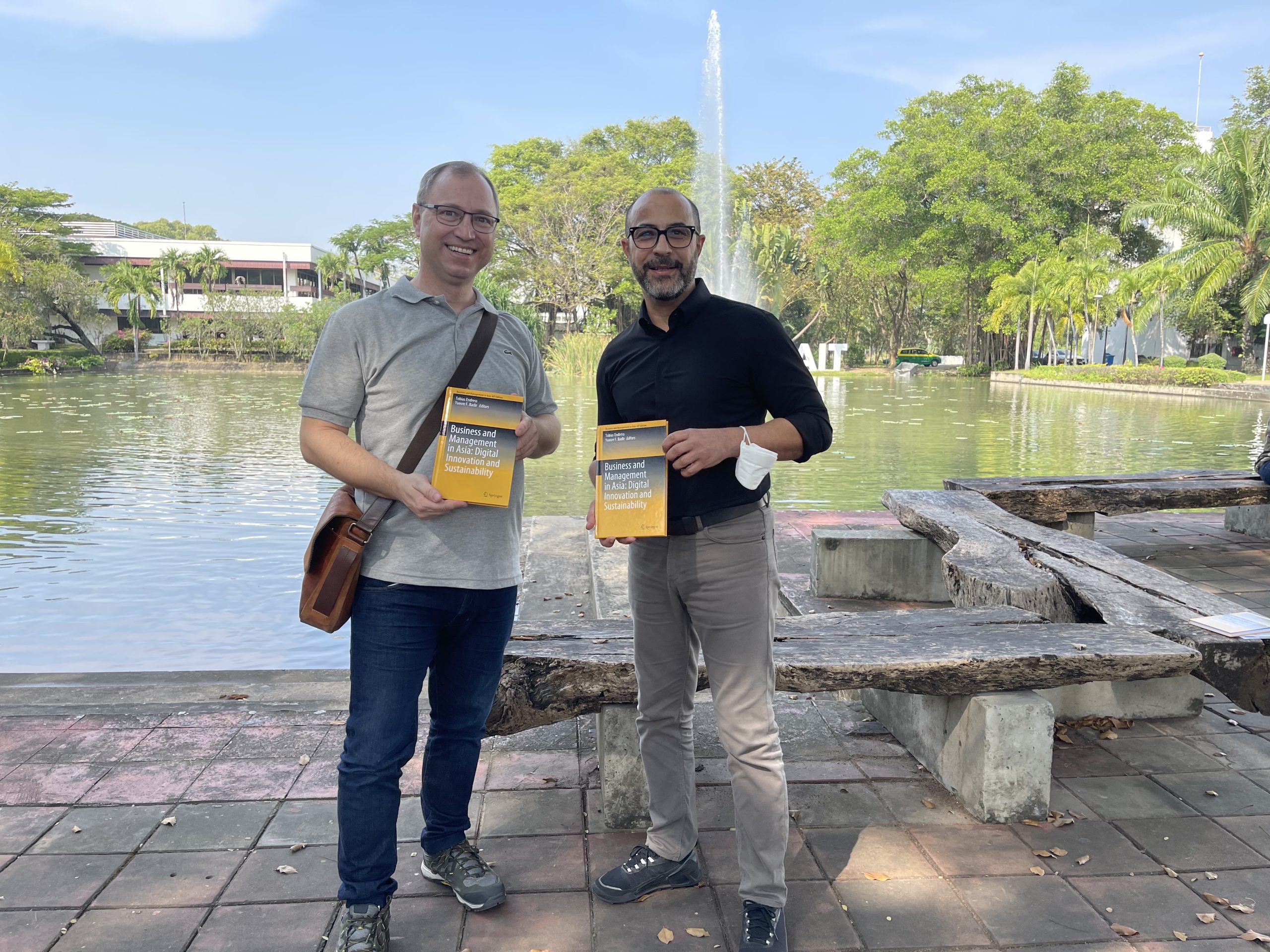 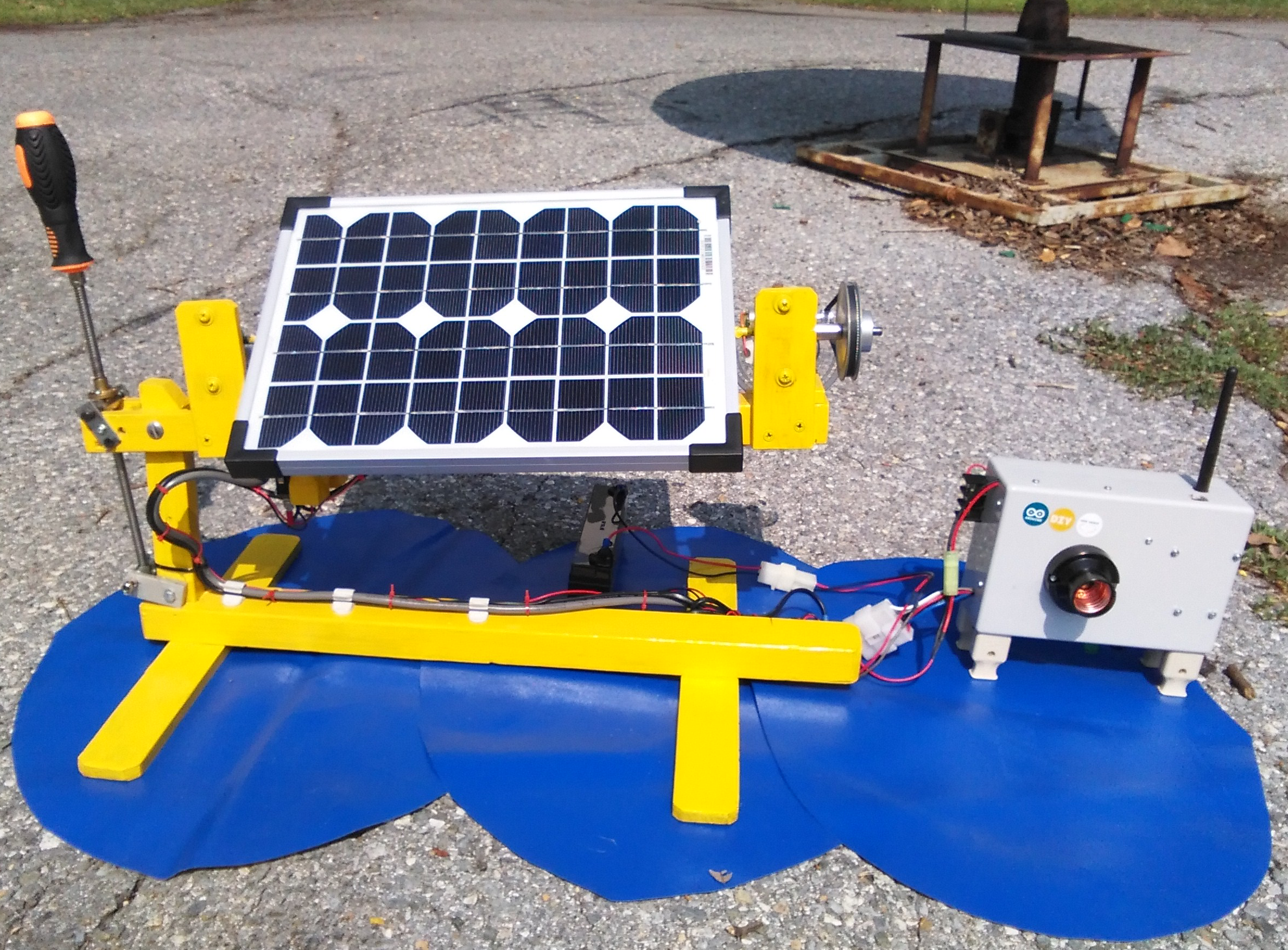 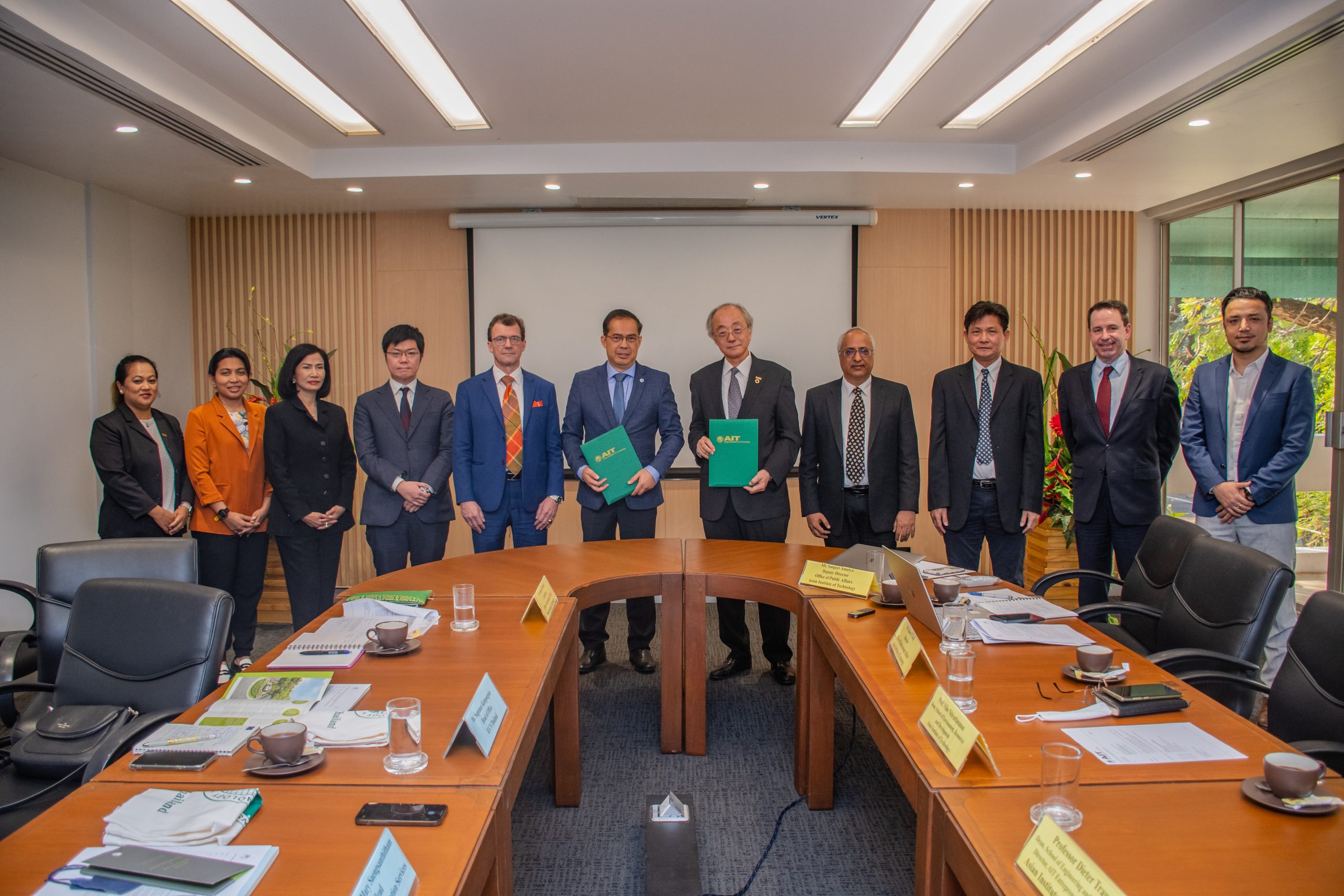