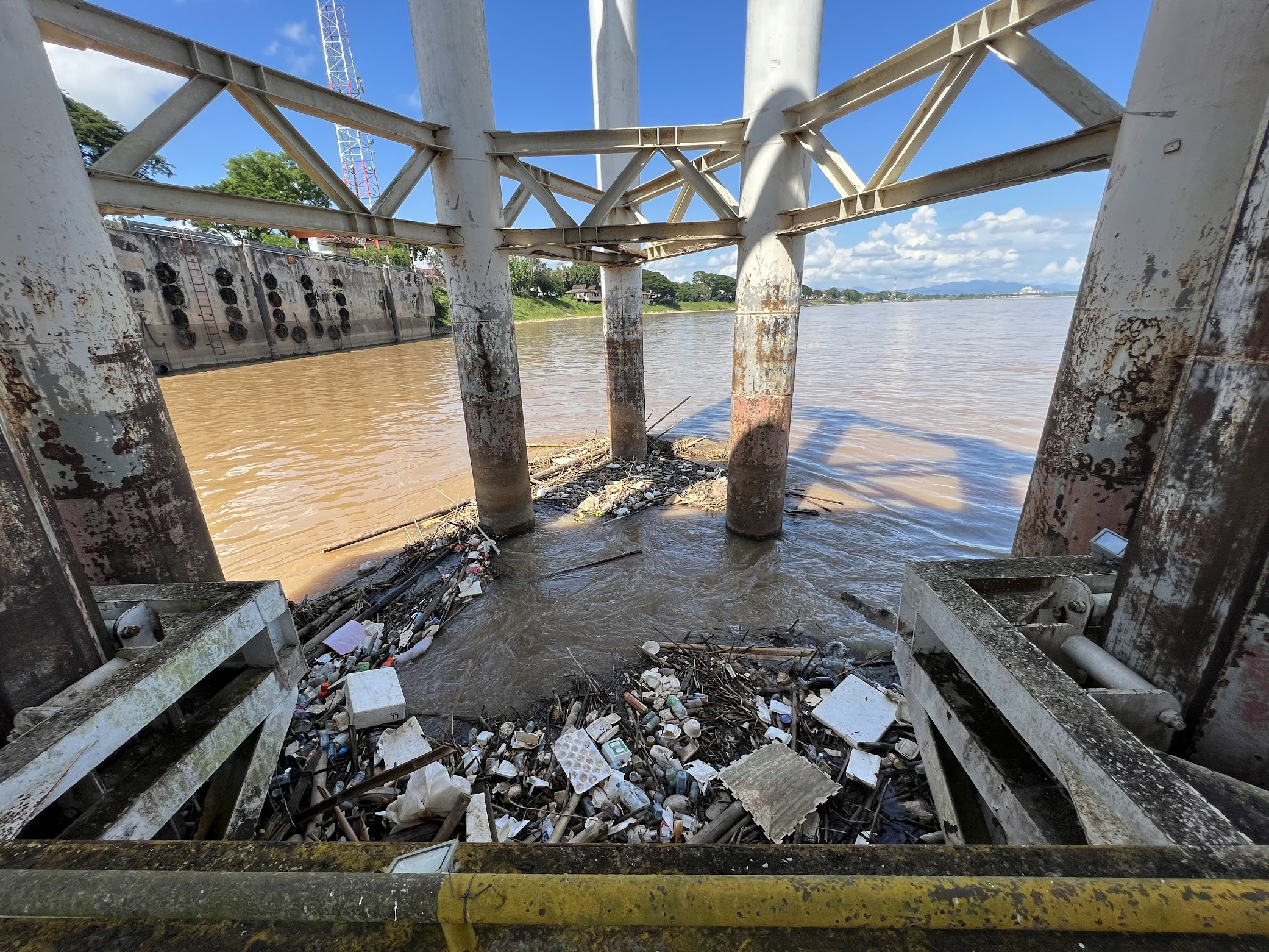 Eyes on the Mekong to Combat Plastic Pollution

Meandering 4,900 kilometers from its headwaters in the high Tibetan plateau down to the coast of Vietnam and the South China Sea, the mythical Mekong River is charting an uncertain ecological future.

A lifeblood for 60 million people in Southeast Asia, the world’s 12th longest river and its tributaries is a biodiversity marvel that sustains eco-systems, agriculture, and human and animal life across the entire Lower Mekong River Basin region. It is second only to the Amazon River in terms of fish biodiversity and boasts the world’s largest inland fishery that accounts for up to 25 percent of the global freshwater catch, according to WWF.

But more and more, as it serpentines its way through and beside China, Myanmar, Laos, Thailand, Cambodia and Vietnam, the “Mother of Water” is suffering from the onslaught of plastics leaking into her currents – and the river itself is becoming a plastic highway, jammed full of litter and debris destined for the sea.

The top 6 countries in the world that discharge the most plastic debris into the ocean are in Asia, according to scientific research. Southeast Asia is a major contributor to land-based plastic waste leaking into the world’s oceans. Coupled with inadequate waste sorting and disposal systems, growing populations and incomes have fueled consumption of single-use plastics.

Studies indicate that rivers are the overwhelming drivers for transiting millions of tons of plastic into the world’s oceans every year. A recent study spearheaded by The Ocean Cleanup, conducted in collaboration with researchers from Wageningen University, Delft University of Technology, Utrecht University, and the Helmholtz Centre for Environmental Research, found that 1000 rivers account for 80% of global annual emissions. Earlier, a 2018 study stated that 10 river systems – one of which is the Mekong River – carry between 88 and 95% of the plastic that ends up in the oceans.

To be sure, the threats to human health and habitats from the plastic crisis are enormous. Riverine and marine species ingest or are entangled by plastic debris, which causes severe injuries and death. Scientists warn that plastic pollution threatens food safety and quality, human health, coastal tourism, and contributes to climate change. Under the influence of solar UV radiation, wind, currents and other natural factors, plastics break down into small particles called microplastics (particles smaller than 5 mm) or nanoplastics (particles smaller than 100 nm). The small size makes them easy for aquatic life to ingest accidentally.

The UN Environment Programme (UNEP), with the advisory support of Google and the technical expertise of the Geoinformatics Center (GIC) of the Asian Institute of Technology, recently concluded CounterMEASURE II, a project funded by the Government of Japan to fight plastic pollution in the Mekong River by leveraging citizen science and artificial intelligence (A.I.) to understand the magnitude of the problem.

“Plastic mismanagement needs upstream and downstream measures as rivers are a major interface between land and sea and most of the plastics found in marine environments are brought by rivers. Hence for a pollution free planet, plastic free rivers are key,” said Dechen Tsering, UNEP Regional Director and Representative for Asia and the Pacific.

The newly devised and deployed A.I. model has provided the most accurate view to date of the plastic pollution in the river, experts say. Citizen scientists also strengthened the algorithm by providing community-sourced, annotated images.

“The CounterMEASURE project deployed an array of modern technologies to help map plastic pollution in rivers. With Google’s support, we are now able to improve the detail and accuracy of this work, which will help UNEP develop guidance for local and national governments to effectively tackle plastic pollution in the Mekong River,” Ms. Tsering said.

The UNEP head also commented on the significance of the recent international adoption of the UNEP Resolution to End Pollution Towards an Internationally Legally Binding Instrument and the contribution of AIT researchers to the regional initiative. “The detailed digital map was developed with the technical support of the AIT’s Geographical Information Center which mapped the plastic leakages and hotspots in the Mekong River region and applied citizen science and machine learning models as well as mobile phone apps and CCTV cameras,” she said.

“We have successfully tested and implemented smart Closed Circuit Television systems powered with a deep learning-based (Convolutional Neural Network) object detection model to detect and monitor floating plastics in the river during the daytime,” Dr. Gunasekara said. The low-cost, smart CCTV system is a stand-alone approach powered by solar panels that are sustainable and eco-friendly.

So far, the platform is capable of identifying categories of floating litter like plastic bottles, plastics, styrofoam, glass bottles and plastic bags. Its machine learning techniques have now mapped a number of significant plastic leakage hotspots on the shores of the Mekong River. One example is the monitoring station set up at Chiang Saen district in Chiang Rai province on the upper part of the Mekong River where researchers identified 51,692 pieces from November 2021 to April 2022.

“The geospatial analysis necessary to understand the plastic leakage pathways required many data sources categorized as static, dynamic, and natural indicators,” Dr Gunasekara explained. “Land-based leakage hotspots made use of fuzzy analysis to reveal the relationship between geospatial data and the possible occurrences of plastic waste leakage. Water body-based leakage hotspots were analyzed using morphometric analysis to understand hotspots on land and at riverbanks.”

Committed to tackling the problem, AIT scientists are showing that plastic pollution plaguing the Mekong River can be combatted by applying advanced deep learning methods. “This scientific knowledge can be used to inform policy decisions and actions of local and national governments to beat plastic pollution, stop plastic leakage and ensure rivers like the Mekong are free of plastic pollutants,” Dr Gunasekara stressed. 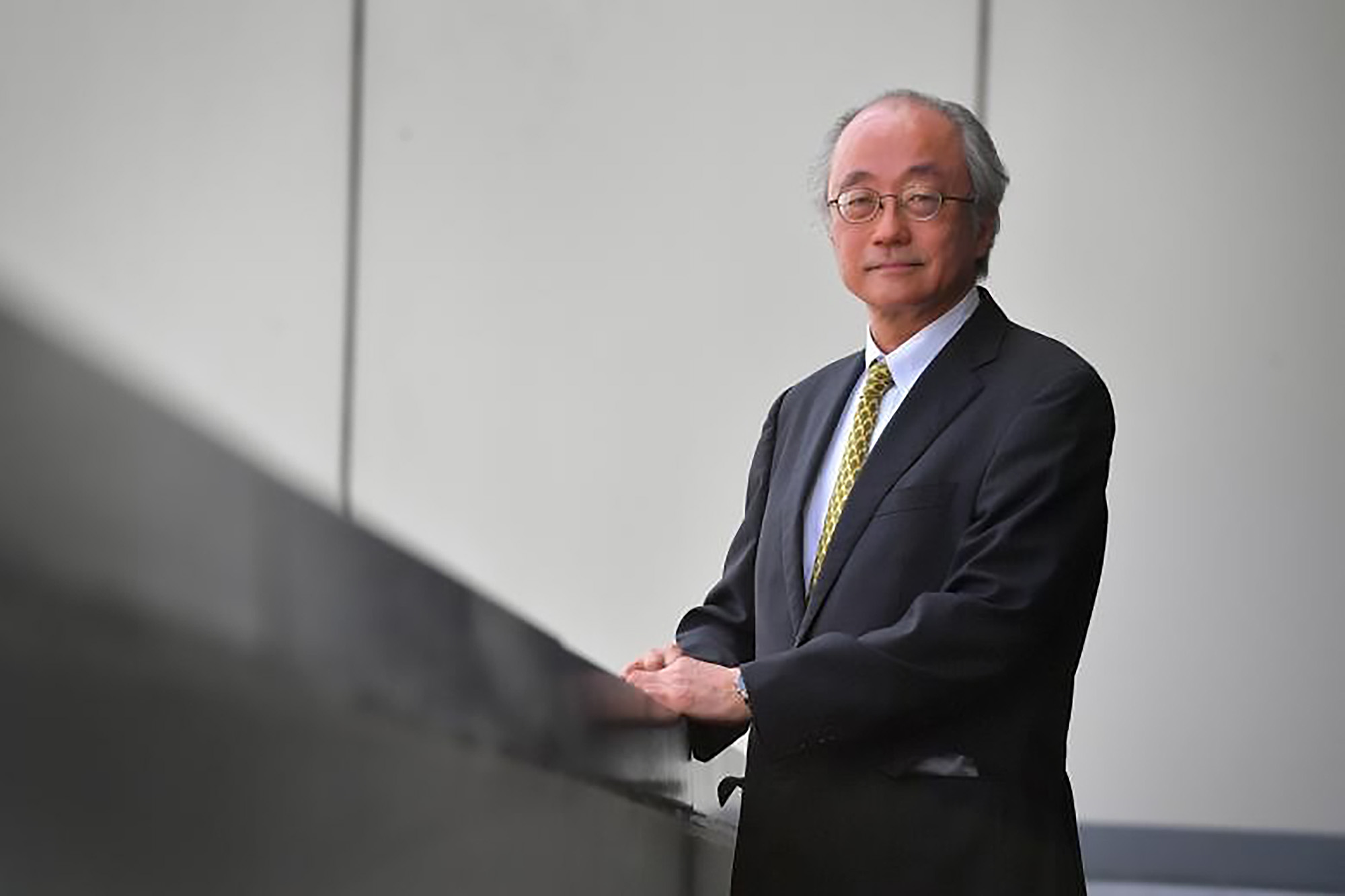 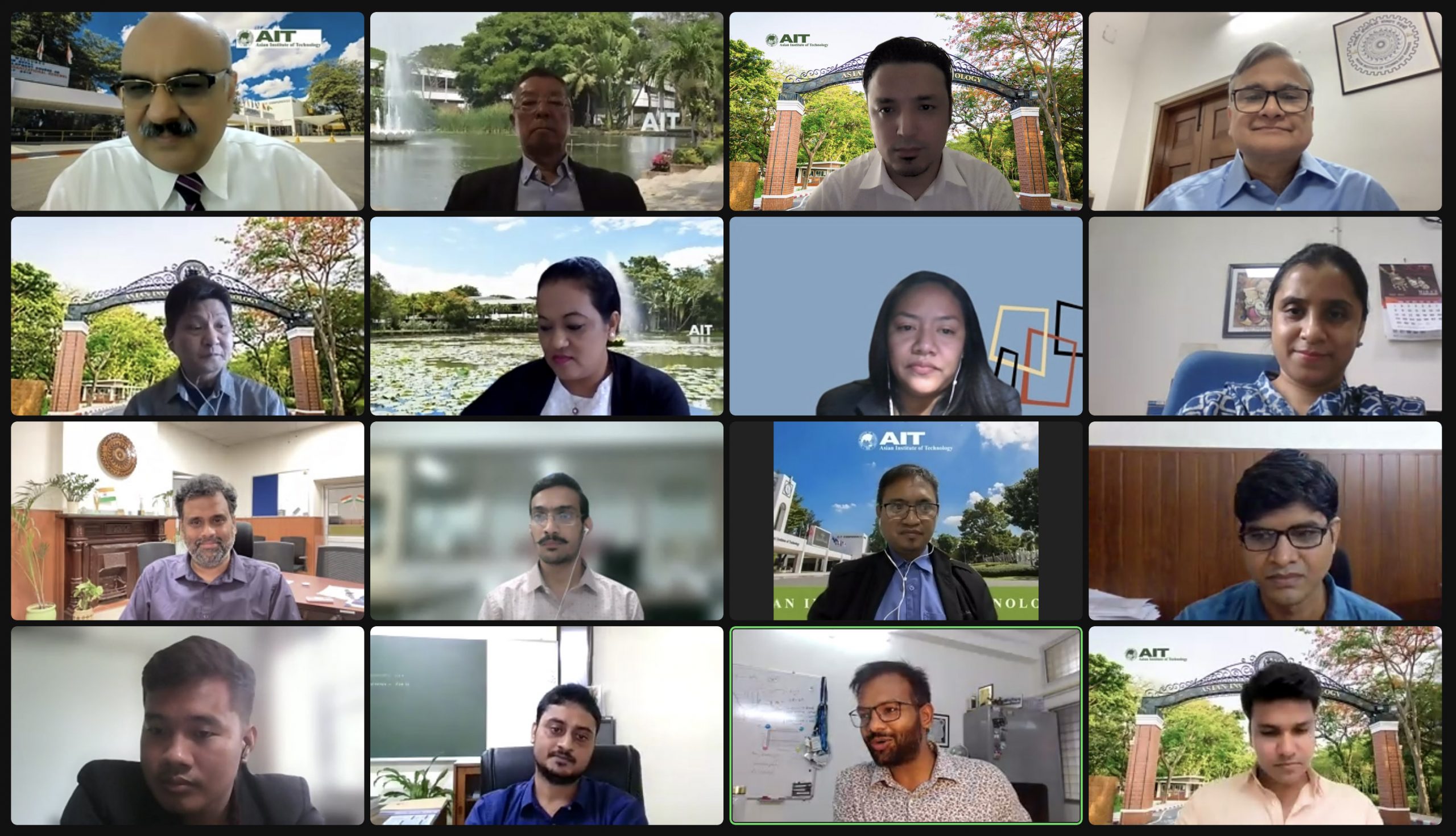 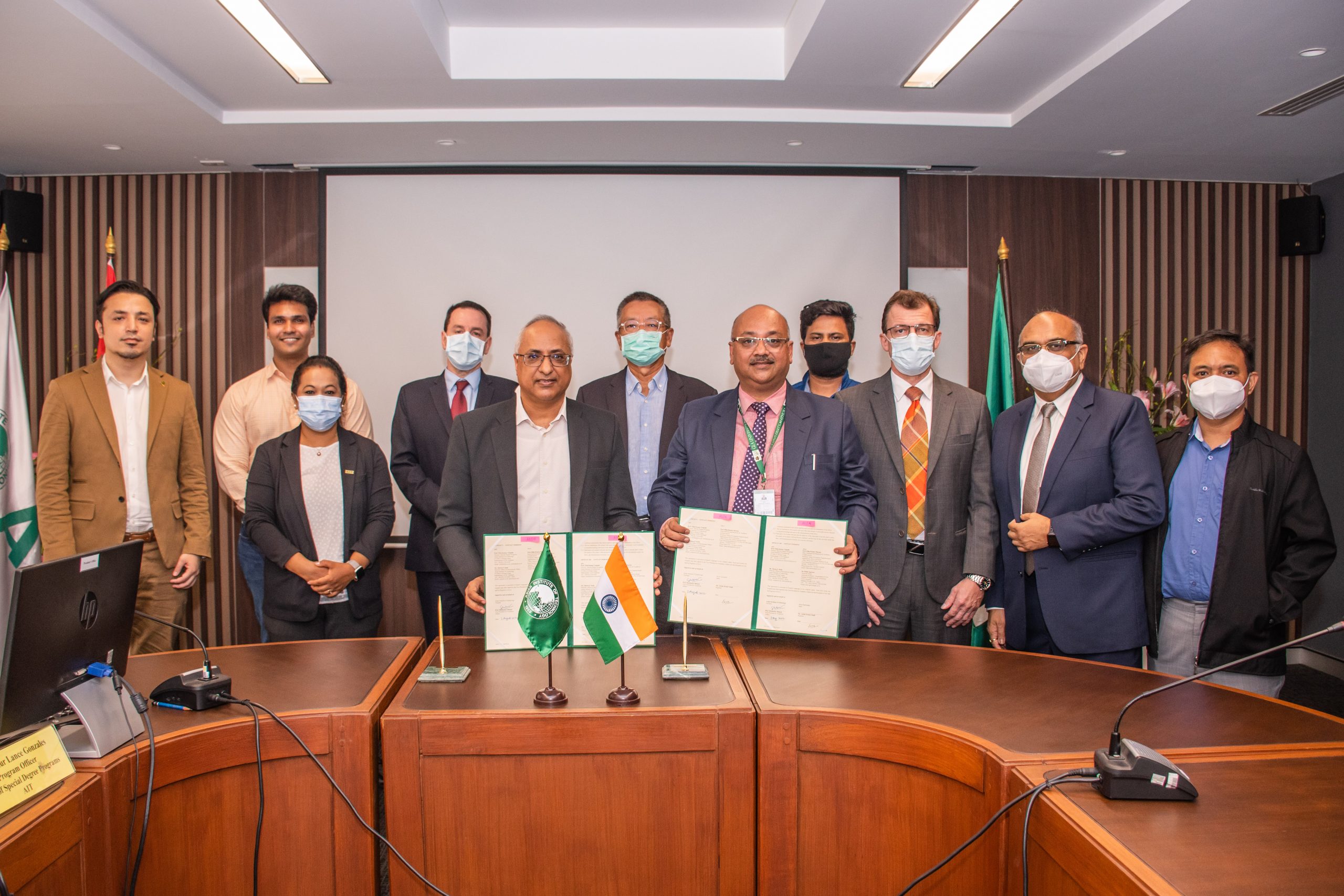 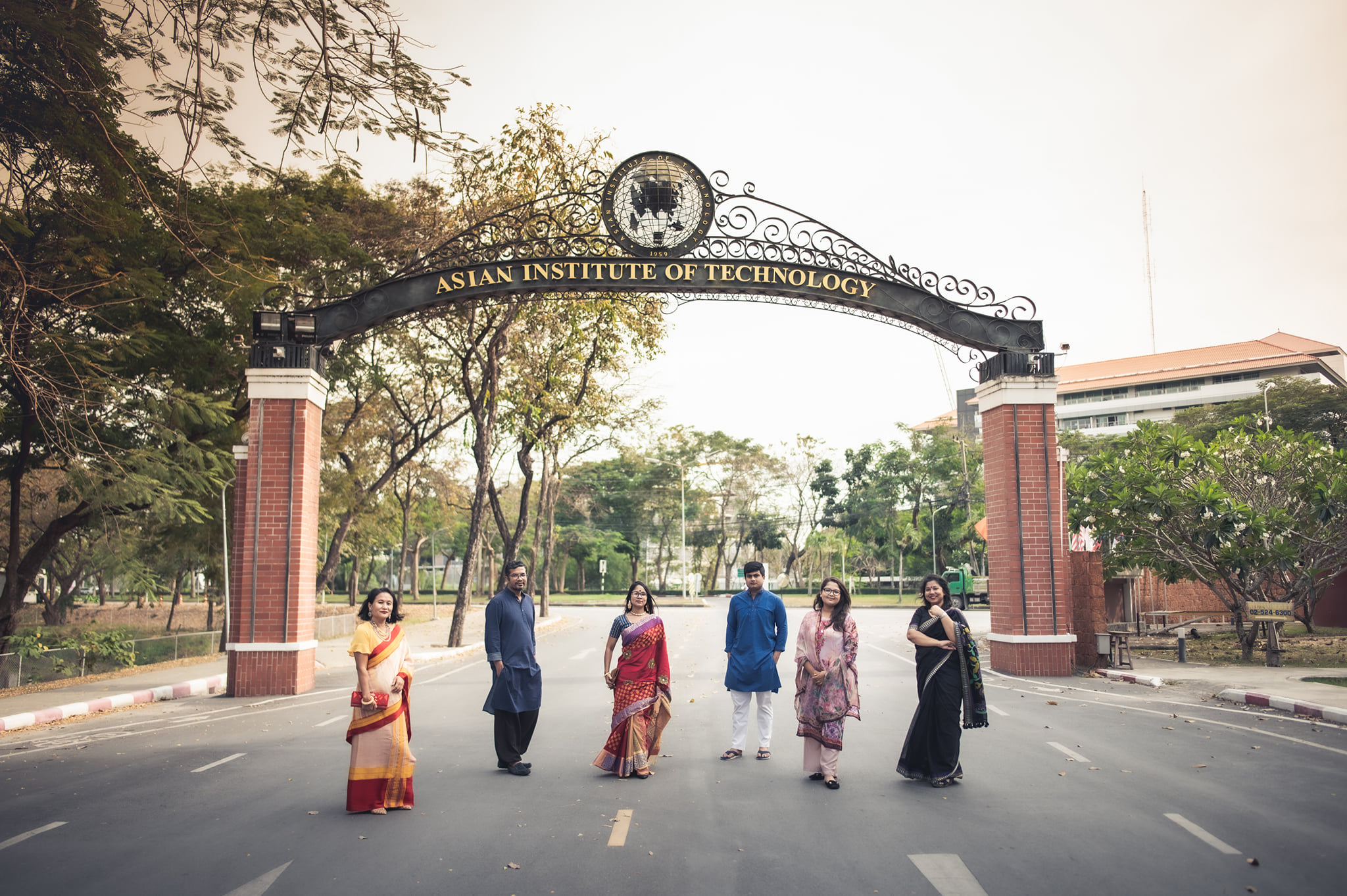